A A A
Corporate Menu

ANC supports residents to advocate for their health care 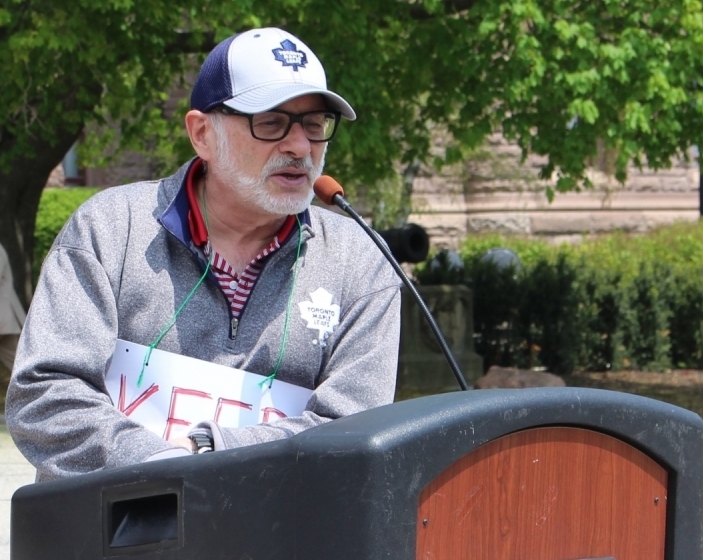 Kenneth Shafer at the podium

In early March, Bathurst-Finch Action for Neighbourhood Change (ANC) resident volunteers learned of the upcoming closure of the Urgent Care Centre at North York General Hospital’s (NYGH) Branson Ambulatory Care Centre. The closure was scheduled for June 1, 2017. The Urgent Care Centre was opened in the 1990s and is considered an important human service infrastructure in the Bathurst-Finch community. As such, there was a very strong reaction to the closure.

ANC’s Social Action Group quickly initiated the Branson Community Action Group (BCAG) in response to the closure of the Branson site Urgent Care Centre. (ANC is a Unison community engagement program located at the Bathurst-Finch site.) With support from ANC, BCAG was able to quickly define their identity and develop their terms of reference to act as an independent resident group. They successfully expanded their membership and recruited new members and leaders from Bathurst-Finch. ANC also supported BCAG to form a strong partnership with Social Planning Toronto,which since then has continued to support the group in all aspects of their work.

Since then, the BCAG has shown strong leadership and successfully engaged local residents, the Toronto Central Local Health Integration Network (LHIN), and provincial government and opposition political parties to oppose the closure of Branson Urgent Care Centre and to negotiate alternative options for providing accessible health care in the
neighbourhood. In less than two months they were able to organize a town hall meeting attended by 200 residents; three peaceful rallies in front of Branson Urgent Care Centre, the office of Dr. Eric Hoskins, the Minister of Health and Long- Term Care, and Ontario legislature at Queens Park; and meet with Dr. Tim Rutledge, CEO of NYGH, as well as NYGH’s board of directors. With the help of a local resident, the group collected over 1,000
signatures from Bathurst-Finch residents on a petition opposing the closure of the Urgent Care Centre, and mailed it to all levels of government and other relevant stakeholders. Their effort received strong media attention and coverage.

Please see below a few links.

BCAG has done a fantastic job of engaging local residents and provincial and municipal politicians. However, despite their tireless endeavour the group was not able to stop the closure of the Urgent Care Centre on June 1. BCAG has regrouped after the closure and decided to continue to work with NYGH’s leadership, the Ministry of Health and Long-Term Care,
the Toronto Central LHIN and other stakeholders to bring accessible urgent care back to the community and maintain other services in the Branson Ambulatory Care Centre. NYGH has made a commitment to continue consulting BCAG on the planning of the future Bathurst-Finch health hub, which will replace the Branson Ambulatory Care Centre when it ceases operations in 2019 when the lease expires.

The unprecedented success of the BCAG in engaging residents and stakeholders is another accomplishment of ANC in improving social determinants of the Bathurst-Finch communities.